Recently finished painting the Inquisitor Eisenhorn 30th Anniversary figure. As he was one of my father's favorite characters from Dan Abnett's 40k works, he will lead the reliquary squad to guard his urn in my display case!  Most of the techniques are standard, but I learned two things.

The first is that faces are really difficult without the right colors. I couldn't get the blending right with the washes and pots I had. The end result was muddy and pale. I touched it up after some research, and he looks better as a result. The hooded eyes ensure that the genetic anomaly called Private Dickard Syndrome doesn't affect Eisenhorn too. A little grey dry brushing on his chin gave him the 5 o'clock shadow and a little depth to match his hair.

The second bit of learning was around highlighting armor. Because he has so little, I didn't get sick of it and give up. The teal shoulder pads were a dream. They are a very simple highlight that allowed me to build up a rich color. The sharp white highlight was carefully applied, and it makes it look shiny without having to apply a lustrous enamel. I like it so much that the rest of the reliquary squad will have this color on their Tempestus breastplates.

Overall, I like one shot characters like this to learn new techniques. And this figure has enough detail to try many more. I particularly enjoyed the base with its cracked emblem and shiny brass. 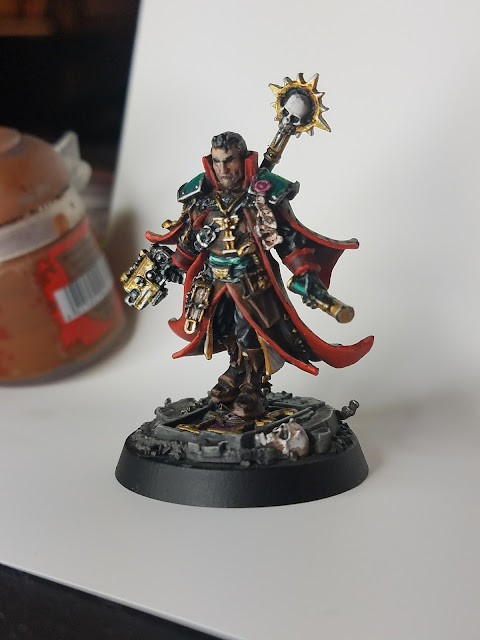 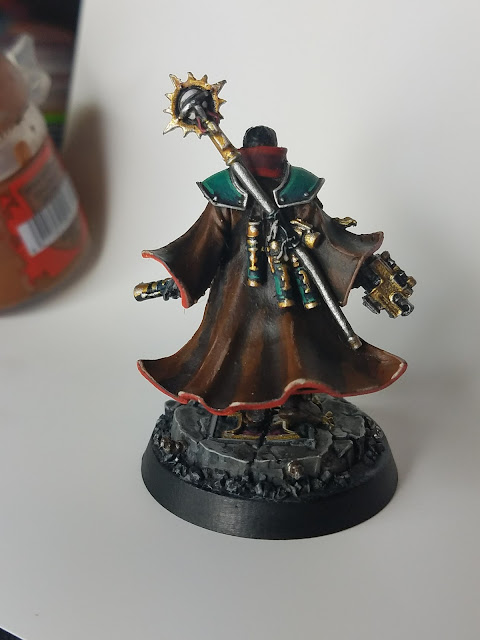 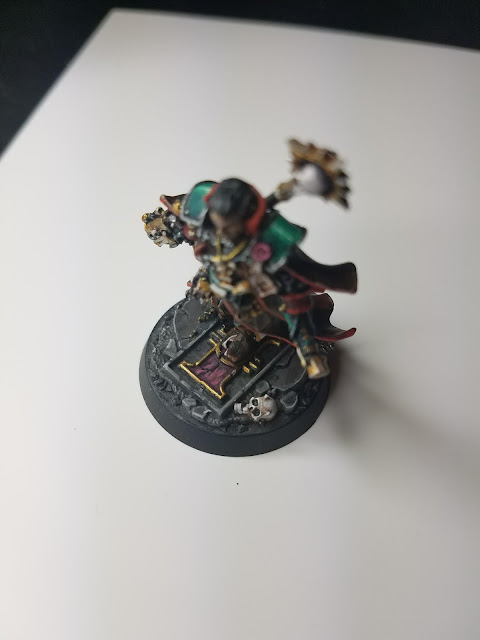